The Italians Henry Negretti a Joseph Zambra founded a company in London in 1850 that manufactured scientific and optical instruments, including surveying instruments.

They became suppliers to Queen Victoria, Edward VII, the Admiralty and the Royal Observatory. The company ran a successful photography studio; This activity is currently seen as the main advantage of the company. In 1863, H. Negretti took the first pictures of London from a balloon. The catalog from 1910 offered thermometers, barometers, binoculars, microscopes, ship compasses and mathematical instruments; in 1920 there were 20 types of binoculars for the government, military and civilian use. In the 1930s, the company focused on production for the aviation industry and ceased to exist around 1999. 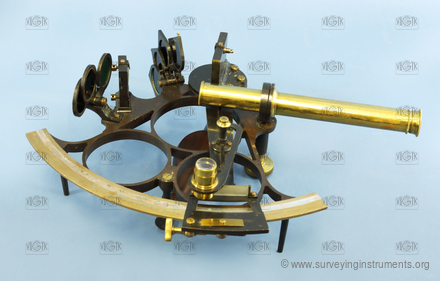