From the 1960s the national company Tesla in Prague was successfully producing the He-Ne laser TKG205. The device  Ni-Fe with either battery or mains supply was equipped with optics for beam scatter correction, it excelled in radiation stability and long life. It was often supplemented with a head to be used with the tripod by VEB Carl Zeiss Jena, it was used in many engineering surveying works (e.g. rectification of crane tracks, laying of subway tracks, rectification of railway curves, excavation control). 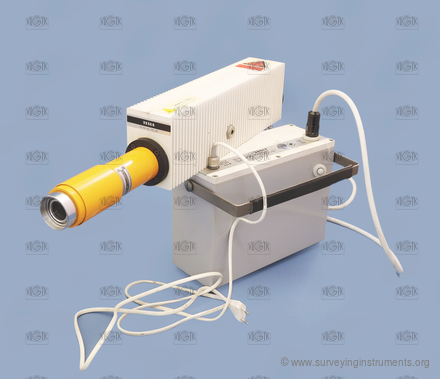