Ludwig Tesdorpf, an assistant in the workshops of Max Hildebrand in Freiberg and Carl Bamberg in Berlin, took over the Mathematical and Mechanical Institute of Zimmer brothers (Gebrüder Zimmer) in Stuttgart after graduating in technology from the Karlsruhe Institute in 1882. He continued to produce mainly geodetic instruments with some interesting construction details,and  in cooperation with well-known scientists also made other scientific instruments, such as geomagnetic instruments for polar expeditions, a gravimeter, instruments for testing building materials.

After his death, Tesdorpf company was taken over by Florenz Sartorius in 1906. He merged it with his own company, founded in Göttingen as early as 1870; F. Sartorius also successfully exported to the USA. In 1906, the company F. Sartorius, Vereinigte Werkstätten für wissenschaftliche Instrumente von F. Sartorius, A. Becker und Ludwig Tesdorpf was founded. It manufactured astronomical and geodetic instruments still back in 1924. 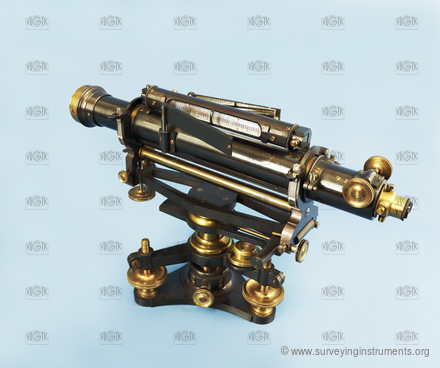