In 1864, the mechanic and the optician Ernst Leitz joined the Optical Institute in Wetzlar, founded by Carl Kellner. In 1869 he became the sole owner. He manufactured chemical and physical apparatus, optical devices and mainly microscopes - in 1899 the serial number 50,000 was reached , 8 years later 100,000. The management of Ernst Leitz GmbH was taken over by his son in 1920. The company also became the leading German and world manufacturer of Leica cameras for perforated 35 mm film and cooperated with well-known manufacturers of geodetic instruments, such as Kern, Wild. During World War II, under the code name + beh, the company manufactured theodolite systems for the orientation of heavy artillery and missile fire. In 1948, an independent development laboratory for optical glass was established. The company was divided into three divisions, Leica Camera, Leica Microsystems and Leica Geosystems, which are currently part of  Hexagon. 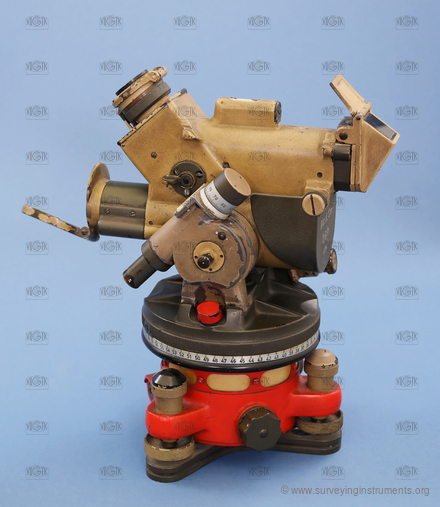