At the end of 1919, in the newly formed Czechoslovak Republic in Prague's Košíře, Jaroslav Srb and Josef Štys founded a plant of fine mechanics and optics. Both business partners had gained work experience at the Carl Zeiss plant in Jena. The company introduced modern forms of work organization, gained military contracts and acquired a number of experienced mechanics from the Frič company. In 1923, the company established its own lens grinding shop, and in the 1930s it had sales offices in Constantinople (Istanbul), London and Bucharest, where the branch Romanian-Czechoslovak optical company was established. The plant manufactured microscopes, epidiascope, telescopes, binoculars, reflector sights (military and hunting), periscopes, meteorological instruments and laboratory equipment, including forensics. The products were exported to a number of European countries, but also to the USA, China and India. In 1939, the firm bought a company for the production of spectacle lenses in Turnov and a carpentry shop in Semily. Its own glassworks were built in Turnov.

A significant part of the production of Srb a Štys was a complete range of geodetic instruments and tools. Already in 1921, the levelling device No. 1  with the bubble level sensitivity of  15 “and a coarse divided circle was offered; device No. 2 was also mounted on a tripod head. In 1927, a triangulation theodolite was made (magnification 26x, sensitivity of alidade cross levels of 18 ", detachable bubble levels 5.0", microscope reading by estimate 1 "). Other devices were the repetition theodolite Th I with microscopes (estimate 6 “), the universal theodolite Th II, the tacheometer Th III and the uniaxial school theodolite Th Š. In 1938 Srb and Štys offered biaxial (uniaxial on request with a discount) theodolites Th. N. with a magnification of 25x or 20x and with a sixtieth or hundredth division of metal rings. (Empirical mean error of the horizontal direction of 10.3 ", vertical angle of 7.2", sensitivity of alidade levels approximately 35 ", levels on telescope 22.0"). On request, a mounted two-image rangefinder (Aregger's wedge) with a pair of invar rods with tripods, battery lighting, a detachable compass with reading by estimate 3´ was supplied. The compass theodolite Th. B., based on Th N. models, and some special constructions were offered: balloon theodolite with night lighting and equipment for aiming inaccessible targets, e.g. changes in water level, working on the principle of forward-crossing. The fixed telescope of the NN levelling bubble instrument was taken over from the theodolite Th. N. 25x, type NNK was equipped with a protractor scale read by index. The so-called the K. N. H. pocket levelling device, comparable in weight to a camera, was allowing the measuring distance of up to 60 m in conventional construction practice. Further the offer included a plane table supplied with either an alidade with a telescopic sight and a vertical circle corresponding to Th. N. 25x, or only with a view port, then tripods, angle mirrors, prisms, heads, geological compasses, mining hanging compasses, clinometers, rods.

Based on the decrees of the President of the Republic of 24 October 1945, the company Srb a Štys was nationalized as a company with more than 500 employees and on 27 December 1945 it was incorporated into the national company Meopta. 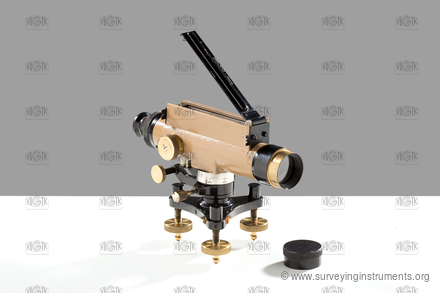 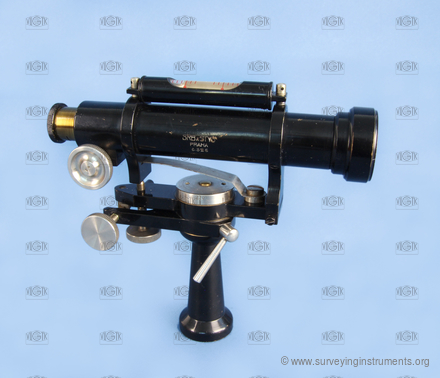 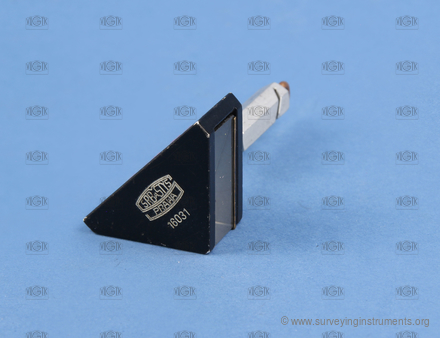 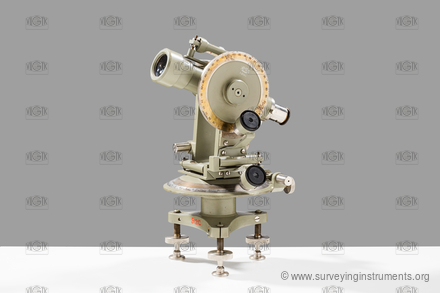 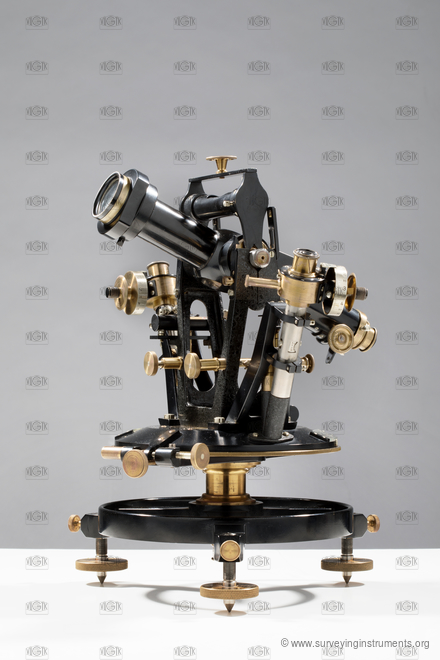 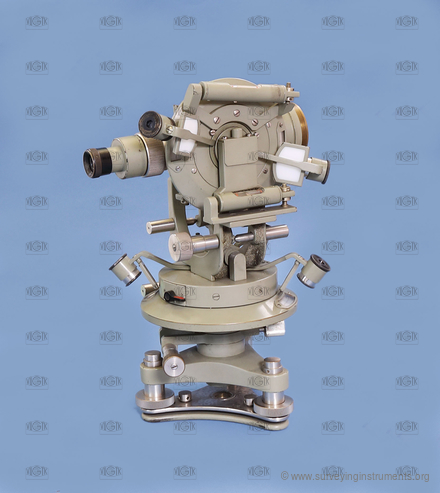 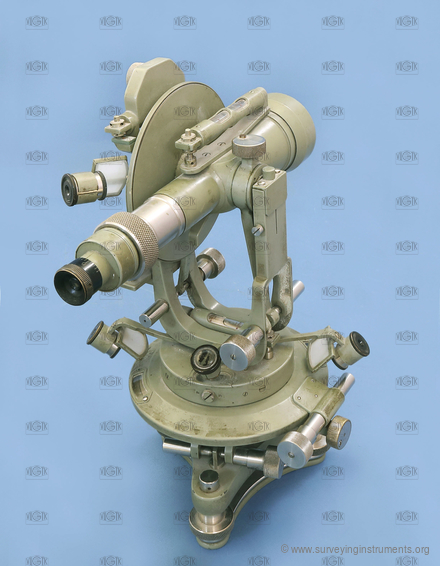 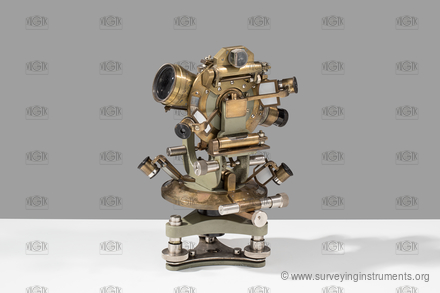 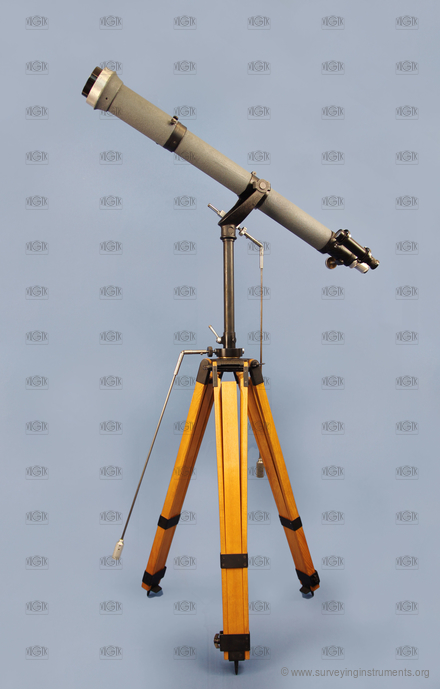 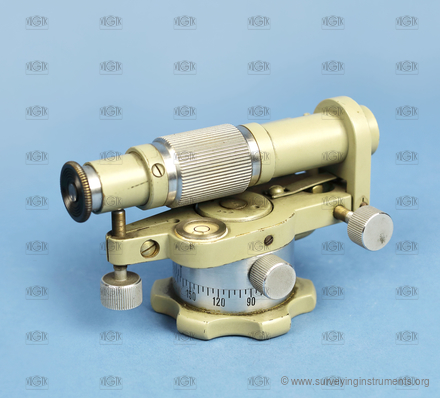 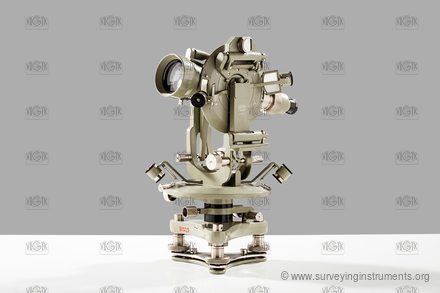 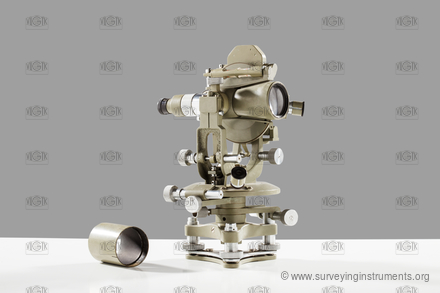