In 1819, Jakob Kern founded a company in Aarau, Switzerland, which during its existence, ie. until 1988, when it was sold to the rival company Wild Heerbrugg and less than three years later within Leica company closed down, made several world - famous designs of classical and electronic geodetic instruments. Until 1969, members of the next generations of the founding family held leading positions. Some of its instruments, especially in the field of rangefinders and systems for industrial measurements, were further developed within the Hexagon Group.

The company began with the production of drawing machines, which it produced - albeit in a significantly changed form - for almost the entire period of its existence. The first period culminated by the late 19th and early 20th century, when Kern supplied equipment for surveying layout network and layout work for the construction of the Simplon Tunnel and some others (Gotthard, Lötschberg, Mont Cenis), which were considered to be the peaks of technical art at the time. In 1865, the family business was transformed into a limited partnership Kern & Cie. (Kern & Co.) and in 1914 to the joint-stock company Kern & Co. AG. The company became worldwide famous. It designed and manufactured a range of optical instruments, devices and aids for civil and military use. Among them were geodetic instruments and tools (heliotropes, marking prisms), binoculars and in the 1920s cameras. At the beginning of the 20th century, as a novelty, it produced several types of theodolites - tacheometers with an integrated rangefinder. In 1924, the Kern company began its collaboration with the optical company Ernst Leitz in Wetzlar.

The second period is characterized by devices with glass divided circles. In 1935, the excellent designer Heinrich Wild (1877–1951) joined the Kern company, and in collaboration with Rudolf Haller he designed the so-called two-circle theodolites (DK). From 1945 to 1963, Kern produced lenses for the film industry and for NASA's space agency, and after 1949, for a short period of time, medical devices. In 1954, a subsidiary Kern Instruments Inc. was established in the USA , in 1972 in Canada and in 1976 in Brazil and Denmark. In 1950, Kern began manufacturing analog photogrammetric instruments according to H. Wild's patents for images up to 23 cm x 23 cm. The PG2 with an attached drafting table achieved worldwide success , including options for images taken with cameras with wide-angle and very wide-angle lenses.

After 1961, compensating levelling devices were included in the production, instead of paired clamps, a friction gear and an endless fine clamp were used. In 1971, the DM 1000 electro-optical rangefinder was introduced, then succeeded by the DM 2000. The DM 102 rangefinder, launched in 1973, and later DM 104, was mounted onto the trunnion axis of the classic theodolite telescope (accuracy 5 mm + 5 ppm) by an adapter. The DM 500 to DM 504 series optical distance meters, launched in the mid-1970s, were the smallest at the time (1.8 kg) and belonged to the most accurate. The world's most accurate were 3 models of Mekometer rangefinders, developed in cooperation with Com-Rad Ltd., Slough / London.
In 1973 it was ME 1000, followed by the popular ME3000 and in 1986 ME 5000. In practice was popular so-called the E - series of electronic theodolites with an incremental circle division and structurally interesting biaxial fluid compensator without mechanical parts with a sensitivity of 0.003 mgon, from which the Nivel for mechanical control of straightness was derived. After 1977, the second E2 was the basic model. Versions with a servo drive were then developed from this type.  Rangefinders DM500 series were used for theodolites.  The industrial measurement system ECDS (Electronic Coordinate Determination System) should also be mentioned here. The 1980 version of ECDS 1 was developed by the American branch of Kern, ECDS 2 worked with computer system MS-DOS, ECDS 3 with MS-Windows. Up to 8  theodolites were able to be connected to the E-series system. In 1985, an automated version ECDS2 - SPACE with motorized E2-SE theodolites with a CCD camera and the necessary software was being developed. The system was completed in 1987. One of the last development programs was the first mobile 3D laser interferometer SMART 310, working on the principle of the 3D polar method, enabling the measurement of moving (engineering) objects. After the acquisition of Kern, Leica Geosystems further developed and successfully sold the device under the product name LT500 / LTD500. 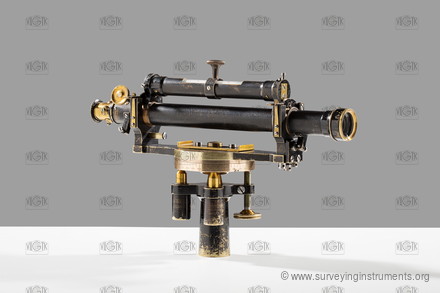 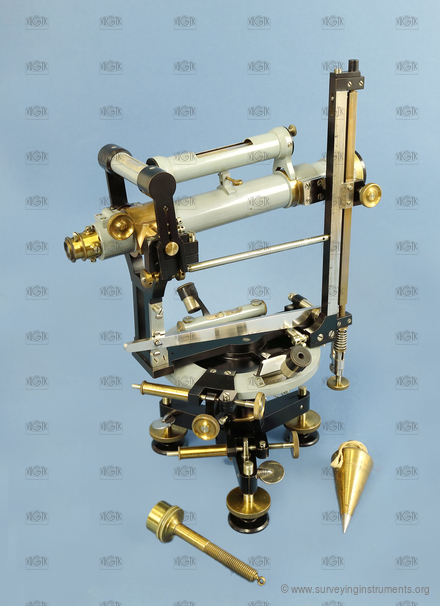 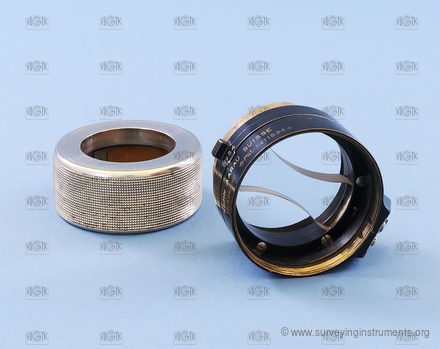 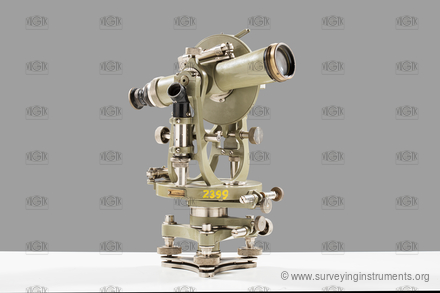 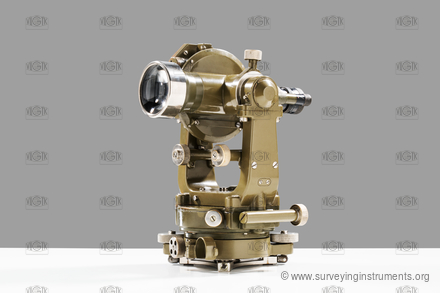 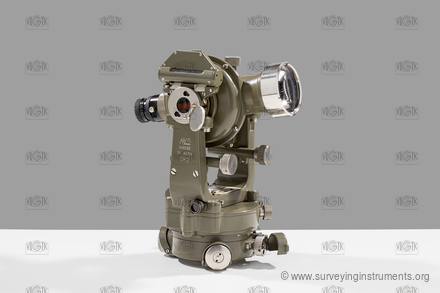