Zeiss founded a plant for precision mechanics and optics in Jena in 1846. Important collaborators included, for example, E. Abbe and O. Schott. In 1892, the company manufactured a stereoscopic rangefinder with a base in the instrument of the name Zeiss stereotelemeter according to the design of Henri de Grousillier. The company researcher Carl Pulfrich invented the principle of stereoscopic photogrammetry in 1901, including a floating mark, and constructed the first stereo-comparator; it was tested in 1903. From the stereo-comparator principle a stereoautograph was developed. In 1906, C. Pulfrich used a metal subtense bar for a phototheodolite. In 1909 and 1911 the company improved Lt. Eduard von Orel’s first analog photogrammetric device autostereograph and produced it under the name stereoautograph for the evaluation of topography and hypsography from stereo aerial photographs.

The Zeiss Geodetic Department was founded in 1909 by H. Wild. The internal focusing lens on the telescopes of levelling devices was introduced, therefore the beginning of its production. Another novelty was the coincidence level alignment using a prismatic system. In 1914, for the first time,  an optical micrometer and a wedge-shaped crosshairs in the construction of the levelling device was used to increase the accuracy of reading the staff. In 1912, Zeiss filed a patent for a rangefinder with a base built in the instrument, from which the later BRT 006 probably evolved. In 1922, Zeiss Th I was launched on the market, the first theodolite with glass rings, which succeeded in practice (on the fourth attempt in total). The construction of the device had been already designed in 1918 by H. Wild. Based on the design by Walter Bauersfeld, the first stereoplanigraph was made in 1923, an analog device for evaluation of two stereoscopic aerial photographs by the means of optical projection. In the same year, the same company produced the first invar subtense bar, and in 1925 TAF camera. In 1927, according to the idea of ​​the Swiss surveyor Rudolf Bosshardt, the Zeiss plant produced the double image reduction distance meter, known as Redta. In order to enlarge the photographed area, a four-couple automatic aerial camera was made in 1930.

After World War II and the division of Germany, in 1946 the Zeiss plant in Obekochen was founded. Already in 1951, they produced the first levelling device with a compensator pendulum, type Ni 2 (m0 = 2 mm), which was then commonly used in practice. Compensators, which replaced liquid bubble vials, were subsequently used in other designs. Reg Elta 14, a product of the same Zeiss Oberkochen plants, has become the world's first compact total station. An agreement to use the well-known brand with VEB Zeiss Jena was reached in 1971. (The Oberkochen company exported to the so-called socialist countries under the name Opton, while the company from Jena to Western European markets under Feinmechanik aus Jena or Jenoptik; in some markets, for example, America, it operated under its own brand.) Both companies covered the entire product range and achieved world fame.

In our country, VEB Zeiss Jena devices were mainly used for precision work. From its production, let us mention at least a number of theodolites Theo 003, 010 (with lens-mirror telescope) and 020 with modifications A, B, 030, 080, 120, a number of levelling devices: Level Ni 004 and compensators 020, 030, 050 including the popular Ni 007 and type RENI 002  beginning of data registration,  plummet PZL, Dahlt and Redt tacheometers, electronic rangefinders EOS, EOK, EOT - the rangefinder was structurally connected with Theo 010A, photogrammetric phototheodolites Photheo 19/1318, ground cameras UMK, stereoscopic SMK, aerial cameras MRB, LMK and multispectral MSK and MFK, and evaluation devices.

Following the reunification of Germany in 1990, began the merging process of the Zeiss plants in Jena and Oberkochen, which was  in several steps completed by 1995 and formed Zeiss AG. Today's Jenoptik AG separated from the rest of the plant in Jena. The geodetic division of Zeiss AG was taken over by Geodimeter and shortly thereafter by the multinational group Trimble. 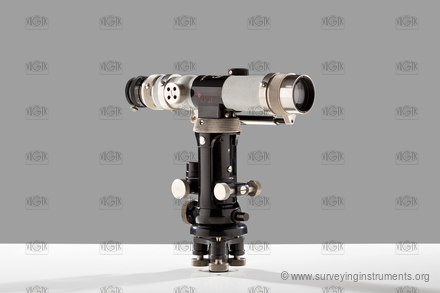 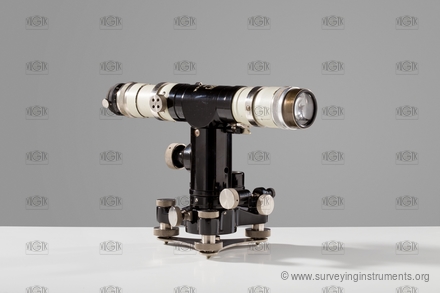 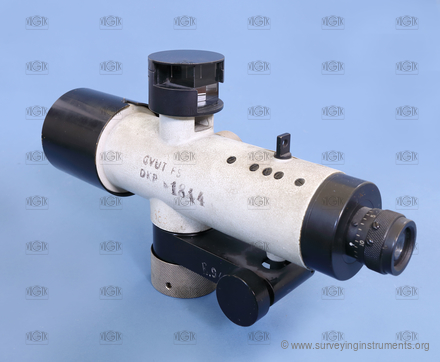 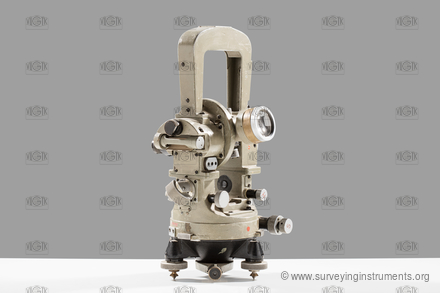 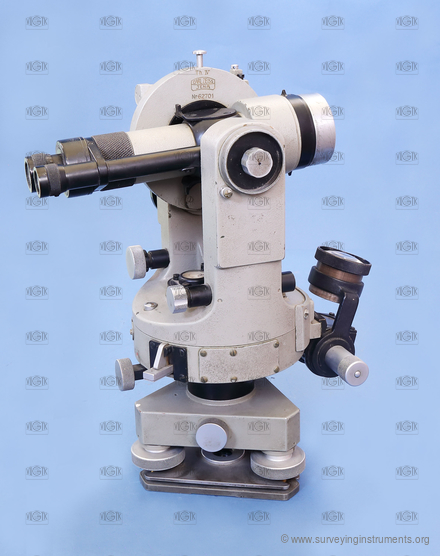 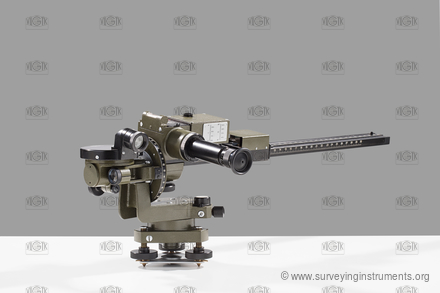 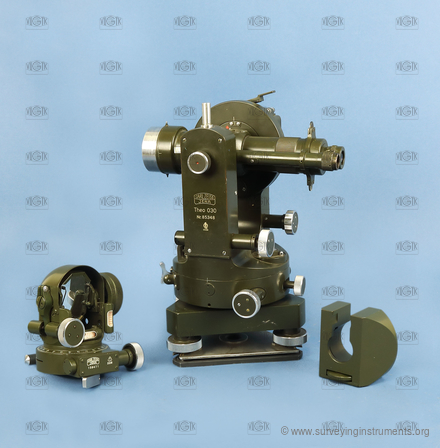 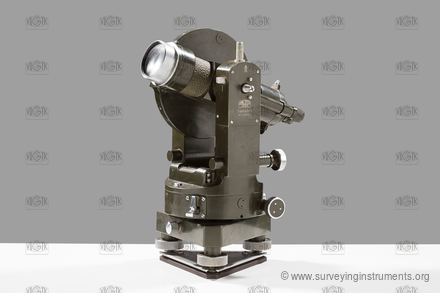 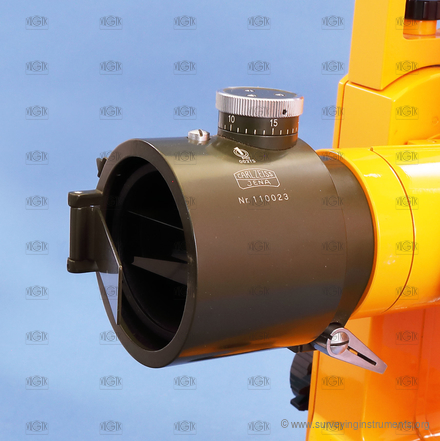 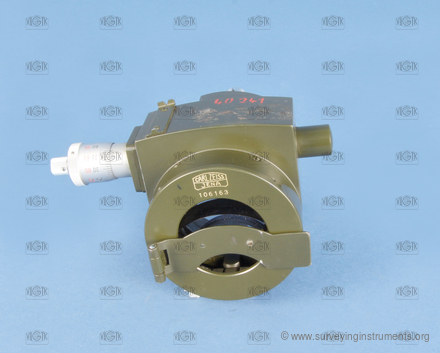 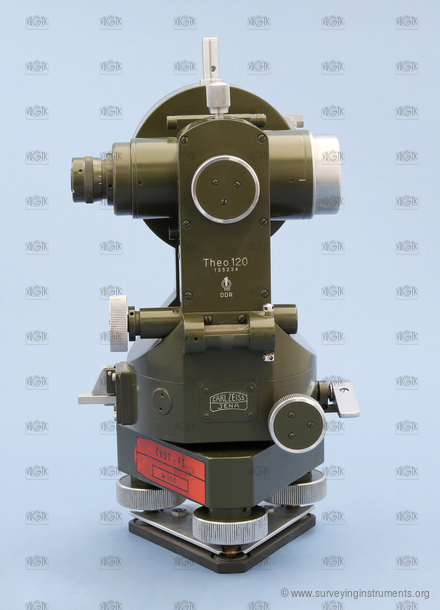 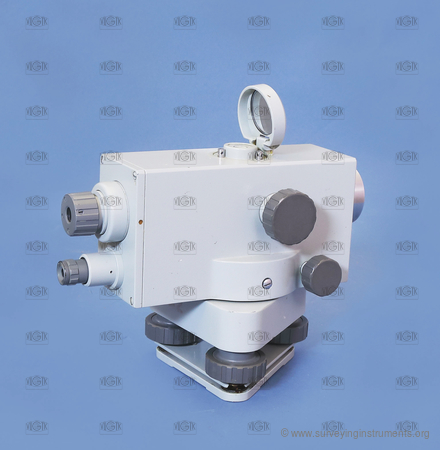 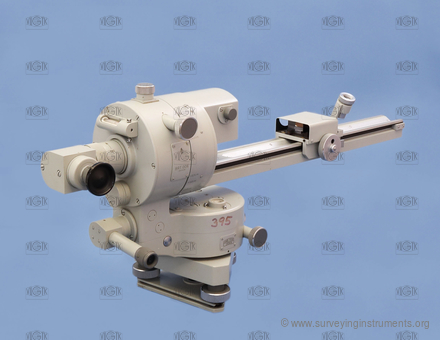 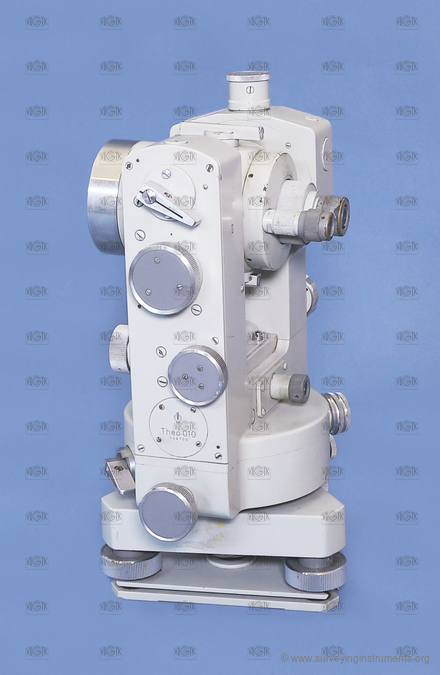 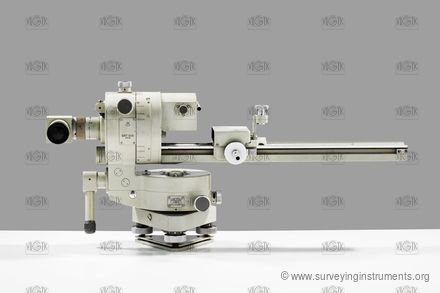 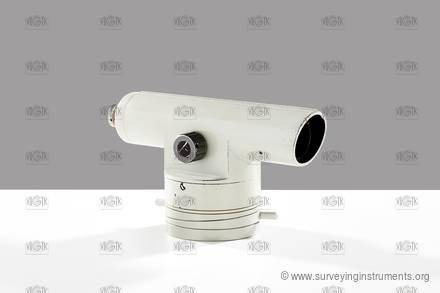 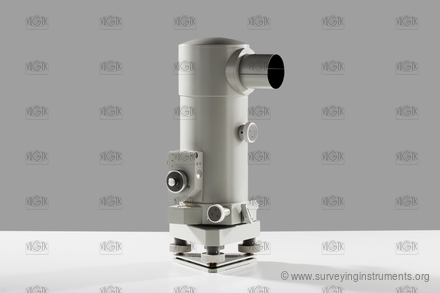 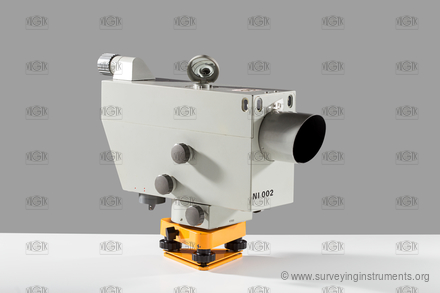 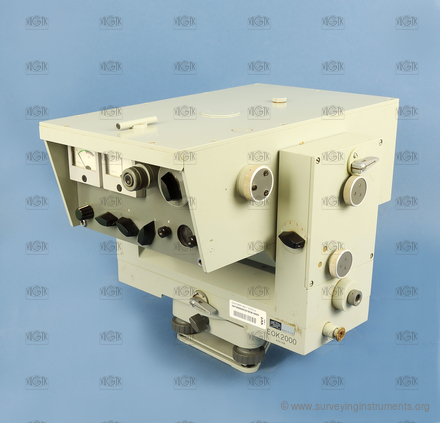 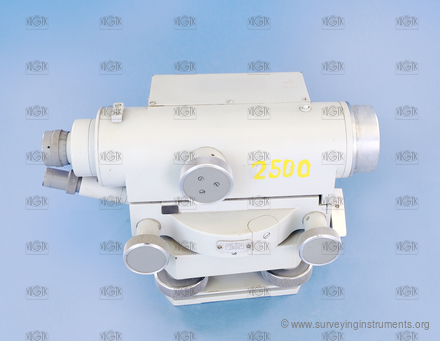 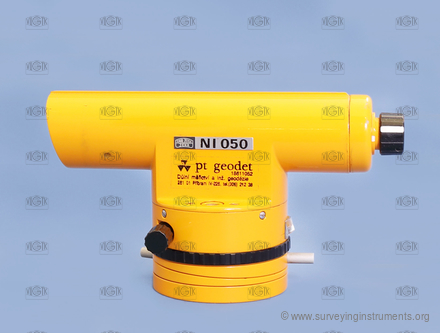 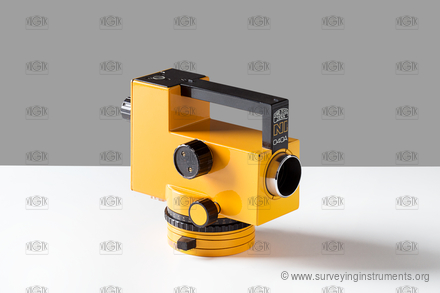 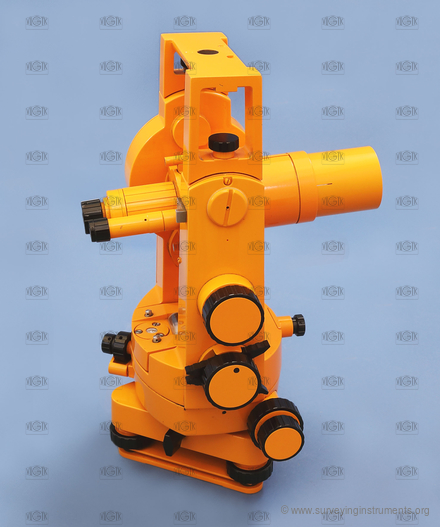 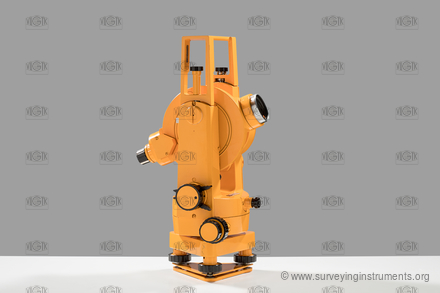 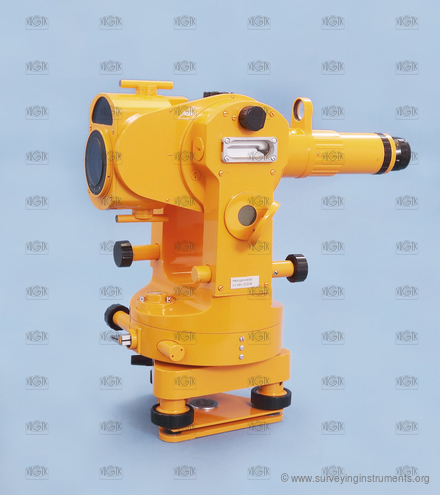 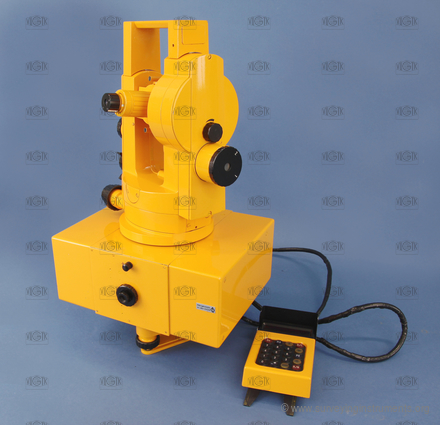 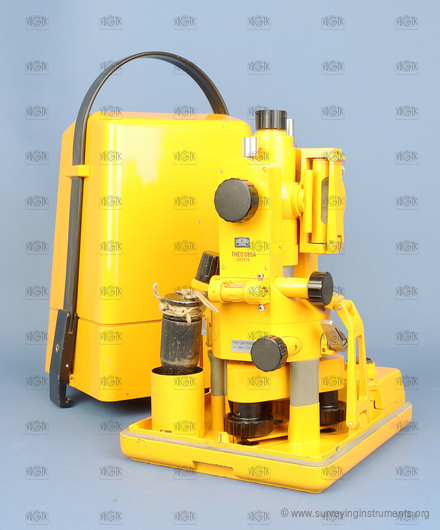 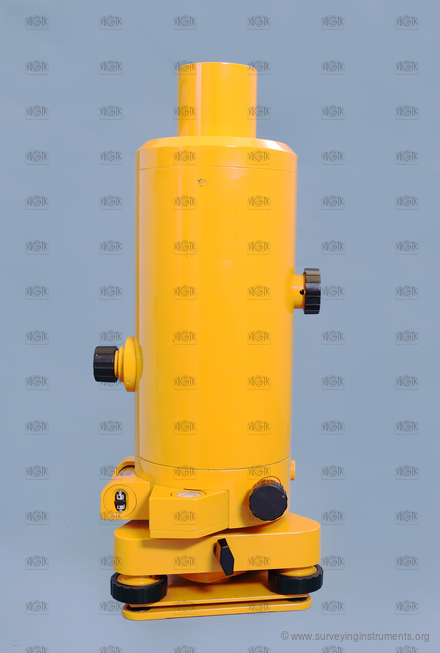